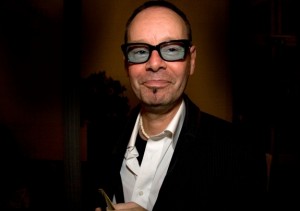 He studied for Architectural Draftsman at the Building Technology Institute in Amersfoort.

Besides that he followed several Restoration courses, including at the Monastery Complex Rolduc in Kerkrade. Take a look for more restoration objects his website www.atelier-schonekunst.nl

From 1979 till 1990 he followed lessons in the Hilversum Graphic Workshop by example Wim Bos, Jan Forrer and Gerard van Santen (etching).  Painting and restoration techniques by Jan Verhoeven, drawing and painting by Henk Haselaar.

Rob also acts as guest lecturer, among others: The Gock Hilversum and by the artists Henk and Hennie Haselaar.

Rob is active as an artist since 1975. His disciplines:  painting, drawing, printmaking, small demensional work, designs. His main customers are: individuals, businesses and galeries.

Although Rob Jacobs is self-thaught painter, he makes frequent use of his technical knowledge he has gained from his training as a restorer.

He also works on commission; projects for Municipal Institutions, commissioned paintings for example in shops, posters and illustrations for books.

Rob is also active in other areas: restorer, saxophonist. (take a look at “musician”)
And this year he has released his first album.